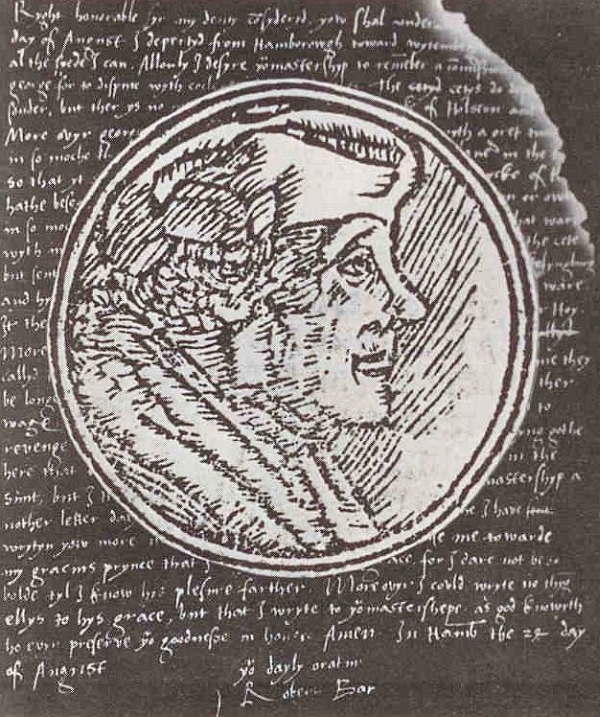 Remembered as a disciple of Martin Luther, Robert Barnes is considered to be among the first Lutheran martyrs. Born in 1495, he became the prior of the Augustinian monastery at Cambridge, England. Converted to Lutheran teaching, he shared his insights with many English scholars through writings and personal contacts.

During a time of exile to Germany he became a friend of Luther and later wrote a Latin summary of the main doctrines of the Augsburg Confession titled Sententiae.

Upon his return to England, Barnes shared his Lutheran doctrines and views in person with King Henry VIII and initially had a positive reception. In 1529 Barnes was named royal chaplain.

The changing political and ecclesiastical climate in England later claimed him as a victim; he was burned at the stake in Smithfield in 1540.

His final confession of faith was published by Luther, who called his friend Barnes "our good, pious table companion and guest of our home, this holy martyr, Saint Robertus."

For a bit more on Barnes, please read the introduction to Lutheran Carnival 26 at A Beggar at the Table.