The honor paid to Saint Mary, the virgin mother of Jesus Christ our Lord, God, and Savior goes back to the earliest days of the Church. Indeed, it goes back farther: Even before the birth of her Son, Mary prophesied, "From now on all generations will call me blessed. (Luke 1:48 ESV)" Confessing her as "Mother of God" also confesses that the One whom she bore was and is, indeed, true God.

The New Testament records several incidents from the life of the Virgin: her betrothal to Joseph, the Annunciation by the angel Gabriel that she was to bear the Messiah, her Visitation to Elizabeth the mother of John the Baptist, the Nativity of our Lord, the visits of the shepherds and the magi, her Purification and the Presentation of the infant Jesus in the Temple at the age of forty days, the flight into Egypt, the Passover visit to the Temple when Jesus was twelve, (Matthew 1:16, 18-25; Matthew 2; Luke 1:26-56; Luke 2); the wedding at Cana in Galilee and the performance of her Son's first miracle (at Mary's intercession, see John 2:1-11), the occasions when observers basically said of Jesus, "How can this man be special? We know his family!" (Matthew 13:54-56; Mark 6:1-3; Luke 4:22; see also John 6:42); an instance when she came with others to see Him while he was preaching (Matthew 12:46-50; Mark 3:31-35; Luke 8:19-21); and her presence at His crucifixion, where Jesus commended her to the care of His Beloved Disciple (John 19:25-27). Mary was also present with the apostles in Jerusalem following the Ascension, waiting for the promised Spirit (Acts 1:14). Thus, we see her present at many of the chief events of her Son's life. 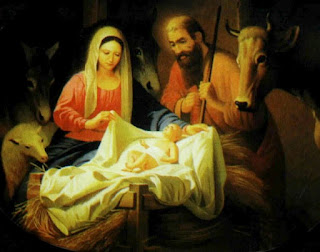 Besides Jesus, only two people are mentioned by name in the Creeds. One is Pontius Pilate, Roman procurator of Judea from 26 to 36 AD. Knowing that Jesus was crucified by Pilate's order pins down the date of His death within a few years, certifying that we are not talking "once upon a time," like worshipers of some mythical god. His death is an historical event, something that really happened.

The other name in the Creeds is that of Mary. They say that Christ was "born of the virgin Mary." That is, they assert that he was truly and fully human, born of a woman and not descended from the skies like an angel. Jesus was not a spirit temporarily cloaked in a robe of human-seeming flesh.

Telling us that His mother was a virgin excludes the theory that Jesus was an ordinary man who was so virtuous that he eventually, at His baptism, became filled with a "Christ Spirit" by God. His virgin birth attests that He was always more than merely human, always one whose presence among us was in itself a miracle, from the first moment of His earthly existence. In Mary, Virgin and Mother, God gives us a sign that Jesus is both truly God and truly man. Emphasizing this point, the Council of Ephesis in AD 431 officially titled her Theotokos (God-bearer) and rejected and condemned the title Christotokos (Christ-bearer). Ask the Pastor comments on the distinction in Blessed Virgin Mary: Mother of God.

We know Little of Mary's life except as it intersects with the life of her Son; this is appropriate. The Scriptures record her words to the angel Gabriel, to her kinswoman Elizabeth, and to her Son on two occasions. The only recorded saying of hers to "ordinary" hearers is her instruction to the servants at the wedding feast: "Do whatever he [Jesus] tells you. (John 2:5 ESV)" Perhaps this should be the summation of her message to the world. To this day, she reminds us, "Listen to Jesus. Pay attention to my Son. Do as He says." 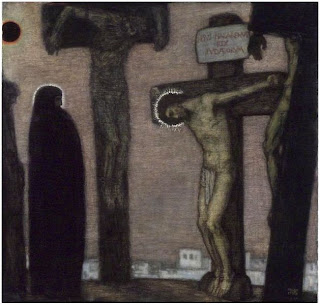 She didn't seek the regard of others on her own behalf. If our honor for the Blessed Virgin doesn't turn our attention from her to the One whom she bore and suckled, to the Word made flesh, then we may be certain that it is not the blessing that she seeks. A right regard for Mary always directs us to Him who made her womb His first earthly dwelling-place.

In different parts of the Church, the date is remembered in various ways. Roman Catholicism celebrates the Assumption of Mary and claims that she was taken, body and soul, to heaven. However, I've found contradictory teachings in the Roman Church, arguing whether she was translated in the manner of Enoch or Elijah, if she died and was resurrected on earth and then taken to heaven, or if her dead body was taken and then rejoined with her soul in heaven.

Meanwhile, Eastern Orthodoxy celebrates the Dormition of the Theotokos. It claims that Mary certainly died but that when Thomas visited three days later, her body was gone from the tomb. As to whether the body will be kept in heaven until the general resurrection on the Last Day or already rejoined with her spirit, Orthodoxy will not make a final dogmatic pronouncement.

In the rest of Christendom that follows a sanctorial calendar, the general belief seems to be that she likely died and awaits the resurrection with all others who departed in the Faith.

Collect of the Day

Almighty God, You chose the virgin Mary to be the mother of Your only Son. Grant that we, who are redeemed by His blood, may share with her in the glory of Your eternal kingdom; through Jesus Christ, Your Son, our Lord, who lives and reigns with You and the Holy Spirit, one God, now and forever.

Grant, we humbly pray, O Lord, to Your servants the gift of Your heavenly blessing that, as the Son of the Virgin Mary has granted us salvation, we may daily grow in Your favor; through Jesus Christ, Your Son, our Lord, who lives and reigns with You and the Holy Spirit, one God, now and forever.