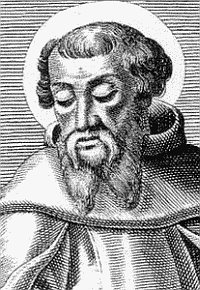 Irenaeus (ca. AD 130-200), believed to be a native of Smyrna (modern Izmir, Turkey), studied in Rome and later became pastor in Lyons, France. Around 177, while Irenaeus was away from Lyons, a fierce persecution of Christians led to the martyrdom of his bishop. Upon Irenaeus' return, he became Bishop of Lyons.

His most famous writing is Adversus Haereses (Against Heresies). This work condemned several errors but focused especially on Gnosticism, which denied the goodness of creation. In opposition, Irenaeus confessed that God has redeemed his creation through the incarnation of the Son. Irenaeus also affirmed the teachings of the Scriptures handed down to and through him as being normative for the Church.

Despite a few stray texts, very little suggests that he did not die a natural death. He was buried in Saint John's Church, Lyon — a congregation later renamed in his honor. Huegenot Calvinists destroyed his tomb and his remains during in 1522, during a period of iconoclasm.

Almighty God, You upheld your servant Irenaeus, giving him strength to confess the truth against every false doctrine; keep us, we pray, steadfast in Your Word and grant us the practice of true religion, that in constancy and peace we may walk in the way of eternal life; through Jesus Christ our Lord, who lives and reigns with You and the Holy Spirit, one God, now and forever.