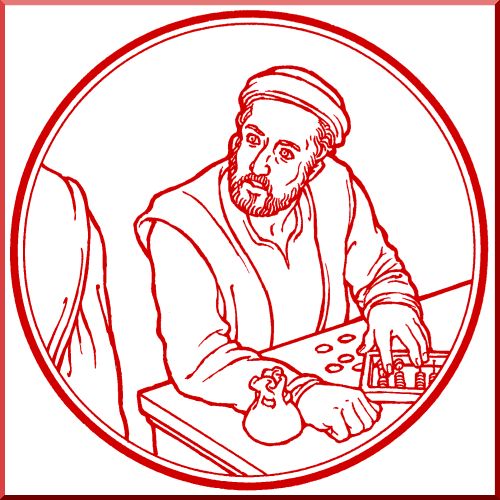 One day Jesus was walking and saw a tax collector named Matthew sitting at a tax collection post, and said to him, "Follow Me." Matthew stood up and followed Him, becoming one of His twelve apostles (see Matthew 9:9-13; parallels Mark 2:13-17 and Luke 5:27-32).

Throughout the Gospels, we find tax collectors (publicans) mentioned as a standard type of sinful and despised outcast. Matthew brought many of his former associates to meet Jesus. They — as well as social outcasts and sinners in general — were shown that the love of God through His Son extended even to them.

The word Gospel comes from the Old English god-spell, or good tidings. The New Testament's Greek speaks of the euangelion (ευαγγελιον), a "good message." In English, this "Evangel" gives us words like evangelism and evangelist. From it we also received "Evangelical," which means "of or pertaining to the Gospel," via Germany. There, it was first applied to Martin Luther and his compatriots and later co-opted by the Calvinists and others.

Certainly Matthew and his companions freed of sin and guilt by Jesus experienced this Good News — as do all others who trust in the forgiveness of sins for Christ's sake. The word angel is related, for an angelos (αγγελος) is a messenger.

The name "Matthew" means "gift of the Lord." Mark and Luke, in the story of his calling, name him "Levi." Perhaps this was his original name, and he received a new name from Jesus when he became a disciple. Perhaps he was a member of the tribe of Levi. Of Matthew's life after Pentecost, the Scriptures tell us nothing. Later accounts vary: Some report that he was martyred, others that he died a natural death. The Christian community since early times has commemorated him as a martyr.

Matthew's symbol in religious art is often a winged man, such as shown here. This representation comes from the visions of Ezekiel and John of the four living creatures around the throne of God (see examples in Ezekiel 1:5-14 and Revelation 4:6-11). While there is some variation in Christendom, we most often find the man standing for Matthew since his narrative begins with Jesus' human genealogy of Jesus. Also, Matthew often quotes Christ speaking of Himself as "the Son of Man." The lion represents Saint Mark, whose narrative begins with John the Baptist crying out in the desert, perhaps as a lion roars in the wilderness. The ox, a sacrificial animal, stands for Saint Luke, whose narrative begins in the Temple and is woven throughout with Jesus pointing Himself toward His own sacrificial death. Finally, the eagle often represents Saint John. John begins his narrative in Heaven with the eternal Word of God while also writing the Fourth Gospel in a soaring style.

O Son of God, our blessed Savior Jesus Christ, You called Matthew the tax collector to be an apostle and evangelist. Through his faithful and inspired witness, grant that we also may follow You, leaving behind all covetous desires and love of riches; for You live and reign with the Father and the Holy Spirit, one God, now and forever.