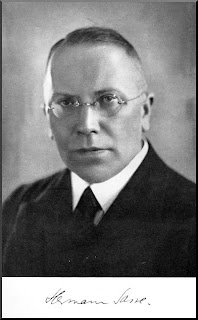 Lutheran pastor and theologian Hermann Otto Erich Sasse was born on 17 July 1895 at Sonnewalde, Lower Lusatia (Lausitz), Germany. He was the eldest of five children born to pharmacist Hermann Sasse and his wife Maria, née Berger. In 1913,he began reading theology and ancient philology at the University of Berlin. In later years, he claimed that his tutor in practical theology was war, as he was one of only six survivors from his battalion after engaging in trench warfare in Flanders. 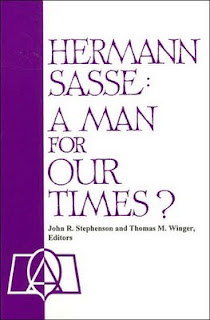 After receiving a call to teach at Immanuel Seminary (now Australian Lutheran College) in North Adelaide, South Australia, he migrated in 1949. There, he worked mightily to unite Australia's divided Lutheran churches, devoting much energy to this cause. Exercising his considerable teaching and writing skills, he helped to formulate and forge new doctrinal bases of agreement and was rewarded by seeing the 1966 church union. 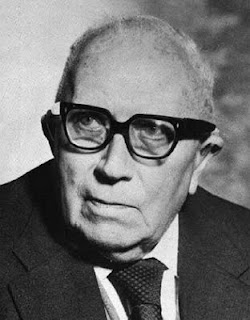 From its inception, Sasse involved himself in Australian Roman Catholic-Lutheran dialog. He finally retired from the seminary in 1969 but stayed active in the affairs of the Church. The Federal Republic of Germany honored him with the Order of Merit in 1972.

Sasse saw over 450 of his works published. Included among them are Here We Stand (Minneapolis, 1946) and This is My Body (1959). A fire in his North Adelaide home claimed his life on 9 August 1976. Survived by two sons, he was buried in Centennial Park, Pasadena, South Australia. One obituary declared Sasse "Australia's most distinguished acquisition from the Continental theological scene."

Hermann Sasse was one of many who stood steadfast in confession of the Evangelical, Orthodox, Catholic, and Apostolic Faith. For a sampling of some of the others in Lutheranism, please see The Meanies of Grace. For more on and by Sasse, I recommend What Sasse Said and Hermann Sasse and the Liturgical Movement as possible starters. You can also find plenty of Sasse to read through this CPH search.