The Alley shamelessly swipes this list from the Ask the Pastor post And in This Corner. The only changes either are cosmetic or else involve a few shifts to reflect this being hosted here at the Alley and the addition of a couple more sites. ATP's Pastor Snyder was guest on the Lutheran radio program Issues, Etc., where host Todd Wilken interviewed him in a segment entitled "The Incarnation & Embryonic Stem Cell Research," where they focus on Christological reasons for opposing Amendment 2. This is the first half of an hour long segment archived in either WMA or MP3 formats.

If you go to Missouri Stem Cell Research and Cures Initiative, you'll find a long list of people who support the Missouri Amendment 2. But the more you search cyberspace, the more you'll find those who oppose this anti-life, pro-cloning, embryo-destroying proposed change to the Missouri Constitution.

What follows is an assortment of individuals, ad hoc organizations, and churches who find ample reason to defeat passage of this measure. If you're already convinced that the so-called Stem Cell Initiative is wrong, maybe you'll find something to help convince others to change their minds. If you're wavering, I hope that these people (and others to whom they link) will persuade you to vote for life and against Two. And if you're a backer of this proposal, I pray that you'll approach these pages and videos with an open mind and be moved to reconsider.

Missouri Right to Life not only works to end abortion in Missouri but also speaks to other vital issues, including this amendment. They also mention how another proposed change to our constitution, Amendment 3, also has "pro-abortion pitfalls."

Wesley J. Smith writes at Secondhand Smoke and has spoken on the radio about the legal ramifications, the science, and the morality of Amendment 2. He covers the Michael J. Fox commercial and the media's reaction, talks about the impact of egg harvesting upon poor women, and touches on other Amendment 2 issues. He also has many good articles about other aspects of the pro-life movement.

Pure Pedantry weighs in on one part of the disingenuous doublespeak cited and recited by Two-backers. He shows how some in the scientific community want to replace the hot-button word "cloning" with "somatic cell nuclear transfer" and other technical but confusing terms in public discourse.

Also on the linguistic front, Doug Edelman, cited in The American Daily, doesn't mince words when he says, Missouri's Stem Cell Amendment Is Deceptive Fraud. He uses one of my favorite Abe Lincoln quotes to illustrate the fact that renaming the cloning process doesn't change what it is: "How many legs does a dog have if you call a tail a leg? Four. Calling a tail a leg doesn't make it a leg."

The Anchoress has written quite a number of pro-life posts. Among her recent articles on Amendment 2, I recommend Adult Stem Cells: 72, Embryonic Stem Cells: 0 and Michael J. Fox Fighting for Bad Science.

If you have an hour to dedicate to an extended talk about the issue, you might want to view Stem Cell Speech on Golden Valley TV.

Although, in my mind, the Catholic League gets uncomfortably close to debating's "Hitler Tactic" (demonize your opponent as a Nazi and shut down discussion) they still manage to make the point that if fetuses are living, then Missourians Are Asked to Ignore Nuremberg Code by supporters of Amendment 2.

Over the road trucker Road Knight parked his rig long enough to describe embryos as human beings and then cites a long list of afflictions now being treated by adult stem cell therapies as he makes the claim Missouri Amendment 2: Child Murder Initiative.

Blonde Sagacity clearly shows how the stem cell initiative supports cloning "outside the womb" and favorably cites the New York Times as she says, Human Cloning: Missouri Voters Being Duped.

Even the Great White North is looking in on our clone wars. Instead of our state remaining "Gateway to the West," Rebecca Hagelin of Proud to Be Canadian writes of Missouri: Gateway to Human Cloning.

Of the Missouri Embryonic Stem Cell Initiative, Avoiding Evil invites you to listen to a message from his pastor.

Hang Right Politics has been busy in the life discussion for some time. Among their efforts, I recommend Missouri's Amendment 2: Lifesaving cures or snake oil? Pt. 1.

Sister Toldjah examines the tangled web between the Missouri Senate race, the Michael J. Fox video, and the rest of the Amendment Two donnybrook with such posts as Missouri's Jim Talent: Your Typical Heartless and Cruel Conservative and the Michael J. Fox Ad Controversy: One More on a Long List of Shameless Attempts by the Left to Stifle the Debate.

Carl Lundblad of the Law of Life Project weighs in with Thoughts on Michael J. Fox and Thomas Jefferson.

Michael J. Fox Uses Parkinson's For Politics! is the flat out (but seemingly undeniably true) accusation from Totally Joshness.

Among all these other responses to M. J. Fox, we also remind you of the recent letter Pastor Snyder quoted from the Missouri Lutheran pastor and Parkinson's patient who has A Dog in the Fight. The comments to this post include a response from Lisa Stapp of Blessed and Content — and Disabled. This Lutheran lady suffers from Intermediate Spinal Muscular Atrophy and agreed with the pastor about not wanting to improve her own life at the expense of others. My Comments Regarding EMBRYONIC Stem Cells tells her story.

Twenty-five year old Missouri resident Valerie is Spoken For. She is also outspoken out about The TRUTH about the Missouri Stem Cell Research and Cures Initiative (Vote No on Missouri Constitutional Amendment 2).

While Initiative Is a Good Thing, the cloning initiative obviously isn't. Instead, it can be called The Missouri Stem Cell Moneyfest. 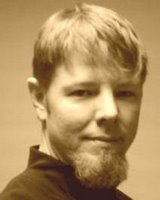 Perhaps one of the most somber headlines comes courtesy of Women for Faith & Family. This article warns that Industrialized Human Cloning Looms.

Missouri Stem Cell Research Company Buying State Cloning Initiative is another hard look at the support money from the Stowers Institute that's been pouring into the pro-2 campaign. It's written by Steven Ertelt of LifeNews.com.

And what of the Lutherans? Already back in August, Necessary Roughness was beginning to take a close look at Missouri Stem Cell Initiative: Amendment 2.

The Lutheran Church — Missouri Synod categorically opposes the initiative, as shown in the article Clearing the Confusion.

At Balaam's Ass, Timotheos takes a pastor of the Evangelical Lutheran Church in America (ELCA) to task for supporting ESCR with remarks that are "chilling or blasphemously ironic" in "Sacrifice" and Stem Cells.

The Rev. Scott Kinnaman of Blog My Soul gets right to the point that Amendment Two promotes murder in writing Embryonic Stem Cell Research Kills Babies.

Lutherans for Life has the PDF handout The "Deceitful Tongue" of the Missouri Stem Cells Research and Cures Initiative.

Here at Aardvark Alley, I wrote a special rebuttal of the amendment's advertising being done by former Missouri Senator John Danforth in Knowing Jack About Stem Cells. Also at the Alley are two of the TV spots running against the amendment, The Truth about Amendment 2 and No MO 2. 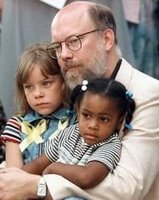 Along with listing a number of good resources, Ask the Pastor writes several original pieces against the Stem Cell Initiative, including his earlier column, Stem Cells and Clones. While at his blog, you can scroll up and down to read other posts, including his newest column, Tell the Truth or Trump — but Get the Trick.

A very good place to research the actual text of the amendment is at Missouri Roundtable for Life with their Word-By-Word Critique Of The So-Called "Missouri Stem Cell Research And Cures Initiative".

Missourians Against Human Cloning also sponsors 2Tricky.org, a site specializing in analyzing the language of the amendment and of its supporters.

The Southern Baptist Convention resolved to oppose all science that "destroys human embryos."

Focus on the Family has a number of articles on Cloning and Stem Cell Research. 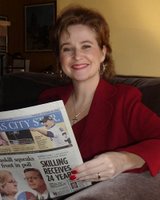 Don't neglect the fine work of the Vitae Caring Foundation and their special efforts to get out these Stem Cell Research Facts, including some excellent commercials.

Area 417 weighs in with I Vote NO on the Missouri "Stem Cell" Amendment. In it, he focuses on major disagreements with the amendment, including embryonic destruction, economics, and the current science that supports the use of adult over embryonic cells.

Finally, let's not forget Americans to Ban Cloning, Do No Harm: The Coalition of Americans for Research Ethics, and National Right to Life.

How did the election turn out on this issue in Missouri, sir?

Amendment Two passed by a fairly small margin, especially given the huge funding differential and the pro-choice related support of Democratic candidates here and elsewhere. I imagine that both appeal and repeal strategies are now being formulated.