Thanks to Diana at ruah for the initial tip — the TV ads are now running on Missouri stations. Senator Father John Claggett "Jack" Danforth looks into the camera with his big, Episcopalian eyes and says, "I've always been pro-life; that's why I'm for stem cell research." Begging the Reverend Senator's pardon, but he's practicing a masterful version of the Big Lie: What he's really saying is, "I'm pro-post-partum-life." 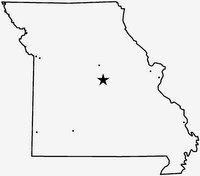 This, as Diana so nicely spells out in her post, is all poppycock: According to the supporters of the initiative, it's not cloning if you don't move a growing, dividing embryo into a woman's womb. So you can start human life in the lab but it's not really a clone if you don't ever intend to give the "biomass" a chance to be born. Technically, if they could develop an artificial womb and placenta, it wouldn't be a clone even if it reached voting age. As long as no one tries to put it in a mommy, it ain't a clone.

Of course, until such medical technology exists, the only end for these growing creatures is death. If you can't implant them, you must either destroy them or allow them to die on their own, which they'll likely do after only a few ex-utero divisions.

To borrow from Pink Floyd, "Hey, Danforth, leave them kids alone!" Keep your mellifluous speeches, your melodious words, your malodorous theology, and your malevolent philosophy off the airwaves. Either that, or tell the straight truth: You favor growing and killing babies to treat the illnesses and injuries of those old enough to vote and rich enough to support liars like you and the Missouri Stem Cell Research and Cures Initiative.  ¶ 22:27 |

Comments:
Thanks for picking up on this. The more people who are blogging on it the better. After I wrote a short piece for the Sunday bulletin, our Pastor decided to put it on a bulletin insert and mention it on Sunday. It is my understanding that on Wednesday, November 23, the Alliance Defense Fund, a pro life law firm, filed suit in Jefferson City to throw out the petition on the grounds that it is deceptive about the measure's true intent. This may cause the signature drive to be delayed or may entirely stop the initiative, but voters need to be informed about the deceptive language.

Nice journal. I have some good satire on the embryonic stem cell confusion at - petrolatumrubsby.blogspot.com. I think you'll like it. Thanks.