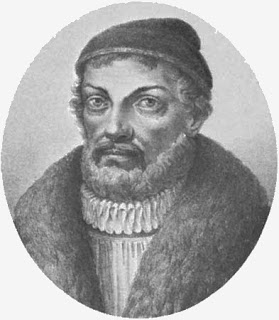 Nikolaus von Amsdorf was one of the members of the German nobility who came to follow Martin Luther and to support his reforms. While some questions remain, it's likely that he was born in Torgau on the Elbe River. As he left childhood, he came first to study in Leipzig in 1500. However, he left there two years later and went to the newly established University of Wittenberg. As one of the school's first students, he fell under Luther's influence and quickly abandoned the medieval scholasticism into which he'd been previously educated.

He soon became an intimate friend of Luther and held tightly to the Reformer's teachings. When Luther attended the Leipzig Disputation (1519), Amsdorf accompanied him. He also followed with him to the Diet of Worms in 1521, and was one of the few who knew of Luther's whereabouts during his time at the Wartburg.

He became pastor and superintendent of the church Magdeburg in 1524 and actively introduced and championed the Reformation in that city. His church order closely paralled that of Wittenberg. He went on to similar positions in Goslar and Einbeck, where he continued to support reform. He participated in the Schmalkald discussions in 1537 and, in 1539, strongly opposed Philip of Hesse's bigamy.

His theological position, once firmly established, stayed in strict adherence with that of Luther. This led to dogmatic and ferocious opposition to Philipp Melanchthon, Martin Bucer, and others who represented a policy of conciliation and compromise both among other reformers and toward Roman Catholicism. Amsdorf's opposition was largely credited for the conciliatory Regensburg Conference of 1541. In that same year, and against strong opposition, Elector John Frederick appointed him Bishop of Naumburg-Zeitz.

The Battle of Mühlberg (1547) led him to seek refuge in from the Duke of Weimar. Seeing Wittenberg turn in a Melanchthonian direction, he worked under the Duke of Weimar to establish a new university at Jena in 1548. Theological differences likewise led him to take charge of compiling and editing the Jena Edition of Luther's works, as he sought to correct errors and omissions which Luther's staunchest followers claimed had crept into the Wittenberg edition. 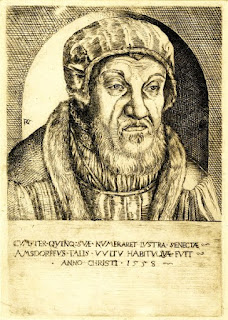 In 1552, he was made superintendent at Eisenach. There he joined with Matthias Flacius against the Philippists and Adiaphorists. Amsdorf's support led Jena to call Flacius to head its theological department.

Amsdorf deserves much of the credit — or blame, in the minds of some — for precipitating a formal and complete break between the Gnesio-Lutheran (orthodox) party and followers of Melanchthon at the colloquy of Worms (1557). Throughout much of his later career, he argued against those who claimed that good works were in any way responsible for salvation. Among the conflicts of this ongoing war were the Majoristic Controversy, the Osiandrian Controversy, and the Synergistic Controversy.

During these struggles, his theology and his personality led Amsdorf espouse the extreme position that good works are actually detrimental to the welfare of the soul. He seems to have meant those works that man thinks are good, God-pleasing, and done in order to attain salvation. However, other Lutherans judged that he and others of like mind had gone beyond (and even against) Scripture in this matter.

Flacius allowed his distrust of good works to become an extreme position regarding Original Sin. This led to his expulsion, along with others, from Jena in 1561. However, Amsdorf was spared because of his advanced age, his great service to Lutheranism, and the general opinion that he'd overreacted but likely didn't profess the same understanding of original sin as espoused by the Flacian party.

Nicolaus von Amsdorf died at Eisenach in 1565 and was buried in the Church of Saint George. There his effigy remains, showing a well-knit frame and sharp-cut features.