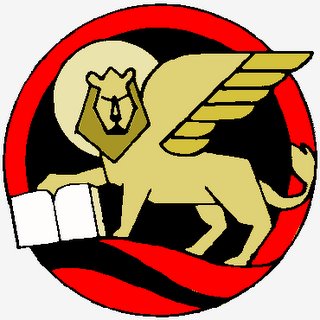 The book of Acts mentions a Mark, or John Mark, later called a kinsman of Barnabas (Colossians 4:10). The house of his mother Mary was a meeting place for Christians in Jerusalem (Acts 12:12). When Paul and Barnabas, who had been in Antioch, came to Jerusalem, they brought Mark back to Antioch with them (12:25), and he accompanied them on their first missionary journey (13:5), but left them prematurely and returned to Jerusalem (13:13).

When Paul and Barnabas were about to set out on a second missionary journey, Barnabas proposed to take Mark, but Paul thought him unreliable, so that eventually Barnabas made one journey taking Mark, and Paul another journey taking Silas (15:36-40). Mark is not mentioned again in Acts. However, it appears that he became more reliable, for Paul mentions him as a trusted assistant in Colossians 4:10 and again in 2 Timothy 4:11.

The Apostle Peter had a co-worker whom he refers to as "my son Mark" (1 Peter 5:13). Papias, an early second century writer, in describing the origins of the Gospels, tells us that Mark was the "interpreter" of Peter, and that he wrote down ("but not in order") the stories that he had heard Peter tell in his preaching about the life and teachings of Jesus. Debate continues as to the veracity of some of Papias' records, but this one is considered genuine by many scholars.

The Gospel According to Saint Mark, in describing the arrest of Jesus (14:43-52), speaks of a young man who followed the arresting party, wearing only a linen cloth wrapped around his body, whom the arresting party tried to seize, but who left the cloth in their hands and fled naked. Many think that this young man was the writer himself, since the detail is hardly worth mentioning if he were not.

Tradition holds that after Peter's death, Mark left Rome and went to preach in Alexandria, Egypt, where he was eventually martyred.

It is natural to identify the John Mark of Acts with the Gospel-writer and interpreter of Peter, and this identification is standard in liturgical references to Mark. However, "Mark" is the commonest of Latin first names, and they may well have been separate people.

Mark's symbol in Christian art is a often a lion, usually winged. In Revelation 4 and throughout much of his vision, John sees about the throne of God four winged creatures — a lion, an ox, a man, and an eagle. (Compare with the beings in Ezekiel 1 and 10.) Custom supposes that these represent the four Gospels or the four Evangelists (Gospel-writers).

O almighty God, You have enriched Your Church with the proclamation of the Gospel through the evangelist Mark. Grant that we may firmly believe these glad tidings and daily walk according to Your Word; through Jesus Christ, Your Son, our Lord, who lives and reigns with You and the Holy Spirit, one God, now and forever.