By most accounts, almost nothing stood out about young Fere. Indeed, the birth of this seventh son of one Septimus Filius is lost completely to history. Only apocryphal accounts remain, all of partial completion and dubious veracity. They disagree about almost every aspect of his life, work, and death — not only the years but even the century in which he lived remain open to speculation.

Consensus seems certain that he was a man (although one Cretan account claims that he was either a woman or that he underwent some divine transformation from girl to man in his thirteenth year, but you know what Paul said about the Cretans). Also, most stories claim that he was a pious man to whom several nearly miraculous occurrences can be attached.

Evidently, concerns over consanguinity never plagued his ancestors. Therefore, tradition maintains that Fere's family tree held precious few branches yet bore an inordinate crop of nuts. While this remains to be proven, several early records claim that his uncle Filbertus Demens claimed to be legitimate heir of Caligula many years after the latter's death.

Baptismal records would certainly be helpful in pinning down the correct dates for his life, but part-time Verus scholar Franz Bibfeldt claims that the missing infant baptismal record is due to the fact that Fere's family was functionally pagan and that the lad converted and was baptized only after a frightening brush with death.

Fere ran with a rough crowd of peasant boys who one day thought they'd amuse themselves by overturning the royal privy of Prince Albertus of Weisenheim. The scream issuing from said privy alerted the lads that they'd overturned, if not a kingdom, at least a prince and they quickly absconded. However, Fere sought to continue the joke and hired a half-wit boy from a neighboring village to carry a message to the castle, asking if Prince Albertus were still in the can. 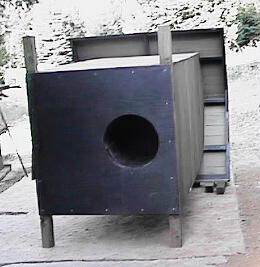 Thus alerted, the Weisenheimer retainers rushed to rescue Albertus, who promptly sent the messenger to his torturers. He quickly confessed to receiving two copper coins from young Verus in exchange for the delivered message. When the Prince's soldiers arrived at his home, Fere rushed out and was almost captured, but his poorly made cape tore as the captain grabbed it and he rushed into the neighboring woods as a thick fog settled over the area. Screened by the mist, he escaped the Weisenheimer borders and went to live with an uncle in Warsaw. He believed that the fog came by divine intervention, forsook his lawless past, and sought baptism.

Fere later got word of Albertus' death and returned to his ancestral home. There, he discovered that Uncle Filbertus, while certainly not the sanest of men, had died as one of the wealthiest and had left his entire estate to his brother Septum. Verus' aforementioned father greeted his prodigal son with this news but while continuing his story suddenly slumped in his chair and died before he struck the floor.

Normally, a seventh son wouldn't have expected any great inheritance, but the six older brothers had all died by this time. The three oldest evidently suffered death at the hands of tainted meat while the next three lost their lives in Albertus' dungeons. Scholars had for many years thought that the Weisenheimer prince had struck them down since he couldn't reach the actual villain who'd sullied his dignity but recent evidence points to a failed confidence game against his royal personage as the actual cause of their demise.

Unfortunately, Septum had begun bestowing lavish gifts on his wife — many of them likely peace offerings to make up for the lavish gifts he'd been bestowing upon a series of mistresses. Thus, Fere found himself holding on to only a fraction of the large estate he'd so recently discovered. This was, however, enough to support him comfortably in the life of traveling scholar and he became a discipulus perpetuus who never had to write home for more funds.

During the course of his travels, he made many boon companions, especially among scientists engaged in the study of fermentology. His own specialty was in the field of unsolicited advice, of which he was an avid dispenser. Because of the already-mentioned shoddy record keeping during his days, we're not sure just who received his recommendations and which accounts are as queer as a three florin coin.

Nevertheless, Fere was nearly credited with several accomplishments in science, religion, and the arts. Some sources say that he almost discovered a cure for smallpox but that his swine pox exposure theory didn't quite hit the mark. He likewise nearly developed a process for vulcanization after spilling sulfur atop a burning stove. Sadly, this occurred before latex was discovered in the New World and brought to Europe, so all he did was ruin that day's dinner.

Many great minds are said to have sought him out, especially as they dealt with difficult theoretical problems. They left his presence cheered by knowing that they could be almost certain that they were on the right track when Fere's opinion differed radically from their own. 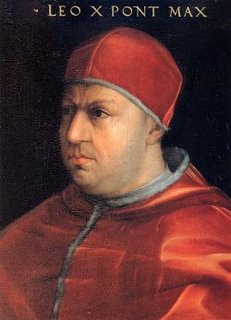 For those who chose to listen to his advice, the situation was often much more perilous. Some historians credit him with advising Pope Leo X to ignore the "monks' squabble" in Germany. Others say that he served as matchmaker to English King Henry VIII. Those who argue for much earlier birth and death dates say that he wrote the final position paper for the Arian party at the Council of Nicea or that his influence nearly single-handedly ended bathing in much of Gaul to this day.

Several sources say that Fere Verus's ability to misunderstand and misapply essential information made him a darling of the Avignon popes during the Great Schism of the Western Church. It was one of these, many believe, who canonized him following his death (if, indeed, he'd even been born by this time). Thus, only scattered portions of Western Christendom ever recognized him as a saint.

Up to modern days, many claim that his intercession on their behalf has greatly influenced the results of their lives. For instance, some say that noted aviator Douglas Corrigan had a statue of Fere Verus in his airplane during his famous 1938 flight. Several people claim that they saw his image in the clouds of smoke that billowed up during Apollo 13's launch. These and other accounts keep his legend alive.

Fere Verus Day may be celebrated with any of the works of P. D. Q. Bach. He is best eulogized by these immortal lines from the Robert Burns poem To a Mouse: "The best laid schemes o' mice an' men Gang aft a-gley."