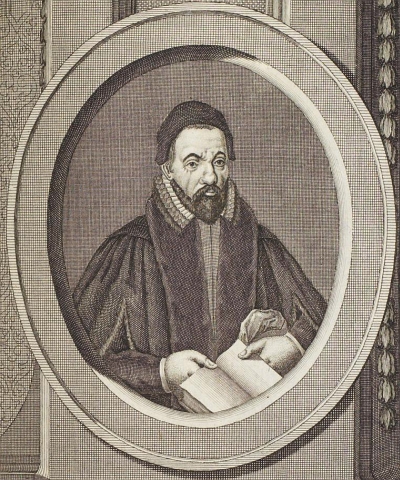 David Chytraeus (Chyträus) was born in Ingelfingen, Württemberg on 26 February 1531 to Matthew and Barbara Kochhafe. Kochhafe (German) and χυτρα (Greek) both mean "cook pot" and Chytraeus is a Latinized form of the Greek. It was common at that time for men to take Greek names after becoming noted scholars and young David achieved that status rather quickly.

Around the age of eight or nine, he began to study law, philology, philosophy, and theology at the University of Tübingen. By fourteen, he already held his master's degree and decided to move to Wittenberg in order to study under Philipp Melanchthon and Martin Luther. He became a favorite student of Melanchthon and boarded with him for much of his time there. He also gave great credit for his theological formation to Luther's lectures on Genesis and his sermons.

In 1551, Duke Heinrich V and Duke Johann Albrecht I of Mecklenburg offered him a teaching position at the University of Rostock. The university became his home and he spurned nine subsequent invitations to academic positions elsewhere. His earliest lectures were on classical Greek literature, concerning the works of the historians Herodotus and Thucydides. He began lectures on both the Old and the New Testament in 1553 although he didn't earn his Doctor of Theology until 29 April 1561.

Chytraeus married Margaretha Smedes in 1553. Of their seven children, only two daughters reached adulthood. Margaretha died in 1571 and he married Margaretha Pegel the following year. She bore him two sons, Ulrich and David. Chytraeus was known as a faithful husband and loving father. Doubtless this attitude and behavior was tested by the trials of losing wife and children and his own illnesses but the Lord certainly preserved and strengthened him through the Gospel and taught him a depth of understanding for the Theology of the Cross. 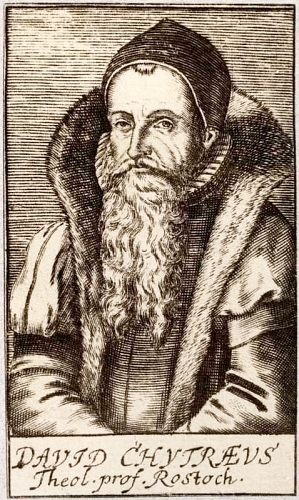 Most of Chytraeus's adult life corresponded with the flux in Evangelical (Lutheran) theology following the Reformer's death in 1546. Like Martin Chemnitz and other centrists, he appreciated the unswerving confession of the Gnesio-Lutherans on the right but also embraced a more irenic attitude, resembling that of Melanchthon. However, we find no evidence that he ever was tempted à la Melanchthon to surrender key doctrinal points in order to achieve a surface agreement among church factions.

Because of his intellect and his positions in time, geography, and theology, Chytraeus became actively involved in events leading to the development and adoption of the Formula of Concord. In 1574, he completely rewrote the articles on Free will and the Lord's Supper from the Swabian Concord. This work was integrated with the Maulbronn Formula and led to the 1576 Torgau Book. While he completely approved of this confession, he saw it transformed over the next year into the Bergic Book, our present-day Formula of Concord. While he was uncomfortable with the vehemence of some of this book's statements, he still considered it a true and orthodox exposition of Scripture and Luther's teachings and signed it as one of the six theologian co-authors.

While Chytraeus wrote many books, only few have been translated. Two are available through Repristination Press, A Summary of the Christian Faith (translated by Richard Dinda) and On Sacrifice (translated by John Warwick Montgomery).

Generally heralded as "The last of the fathers of the Lutheran Church," David Chytraeus entered eternal rest on 25 June 1600, the 70th anniversary of the Presentation of the Augsburg Confession. Because of this date conflict and since the following several days are occupied on the LCMS sanctorial calendar, I've chosen to commemorate him on his birthday.