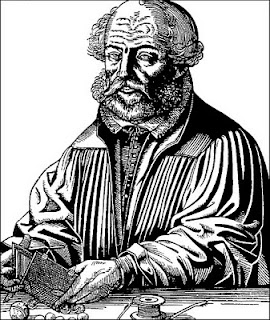 After Martin Luther's death, political changes altered the face of the Evangelical (Lutheran) Church. Emperor Charles V exercised control over all of southern Germany and most of the north. The Augsburg Interim, a capitulation disguised as a compromise, denied justification by grace through faith alone. It also officially recognized seven sacraments, confessed transubstantiation, and re-instituted the Mass as a sacrificial thank offering. Most of the defeated Lutheran princes went along with the Interim.

Although Philipp Melanchthon initially opposed the Augsburg Interim, some combination of fear and his conciliatory nature led him to accept its demands. The damage continued with the Leipzig Interim, which continued to compromise justification by faith while also restoring Catholic rites to Baptism, reintroducing Corpus Christi processions, and otherwise granting favor to Roman practice.

During the same period, a number of doctrinal controversies intruded among the Lutherans. Some grew out of Melanchthon's ongoing compromises with either Rome or the Reformed. Others sprang from the reactionary excesses of his opponents, including Matthias Flacius. Almost two dozen confessions ranging widely across the doctrinal spectrum were composed between 1546 and 1577, variously appealing to the Augsburg Confession for support of often contradictory positions. 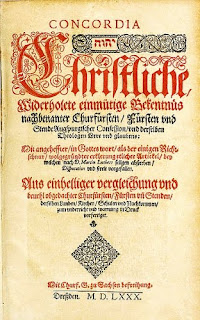 In the early 1570s, Jakob Andreae published Six Christian Sermons against the Philippist party and other Crypto-Calvinists. Meanwhile, Elector Augustus of Saxony, a staunch Lutheran who had been deceived by the Crypto-Calvinists and had actively opposed Lutheran theologians, came to his senses when confronted with Joachim Cureus's refutation of the Evangelical understanding of the Lord's Supper. He imprisoned many of those who'd misled him and began active support and encouragement of a uniting Lutheran confession.

Martin Chemnitz urged Andreae to revise and edit his Six Sermons into a formal statement of harmony. Andreae responded with the eleven articles of the Swabian Concord. Chemnitz and David Chytraeus added further revisions, producing the Swabian-Saxon Concord. Meanwhile Balthasar Bidembach and Lukas Osiander the elder had also composed a proposed uniting document, the Maulbronn Formula. Andreae, Chemnitz, David Chytraeus, Nikolaus Selnecker, and others met in Torgau from 28 May-7 June 1576 and drew the Swabian-Saxon Concord and the Maulbronn Formula together into the Torgau Book.

Elector Augustus received and passed along suggestions and criticisms of the Torgau Book to its authors, hoping that one more round of work would complete the task. Chemnitz, Andreae, Selnecker, Chytraeus, Andreas Musculus, and Christophorus Cornerus joined to complete the Bergen Book, which became known as the Solid Declaration or the Thorough Declaration. As this was being done, Andreae also worked on an Epitome or summation of the same doctrinal articles. The six men's work was completed by 28 May 1577.

These two works were included together as the Formula of Concord in the Book of Concord of 1580, along with the three Creeds and the Unaltered Augsburg Confession, the Apology to the Augsburg Confession, the Small and Large Catechisms, the Smalcald Articles, and the Treatise on the Power and Primacy of the Pope. The Epitome briefly summarizes each controversy, confesses true doctrine, and rejects and condemns false teaching. The Solid Declaration is less rigid in structure, instead delving into each topic in much greater length.  ¶ 00:00 |